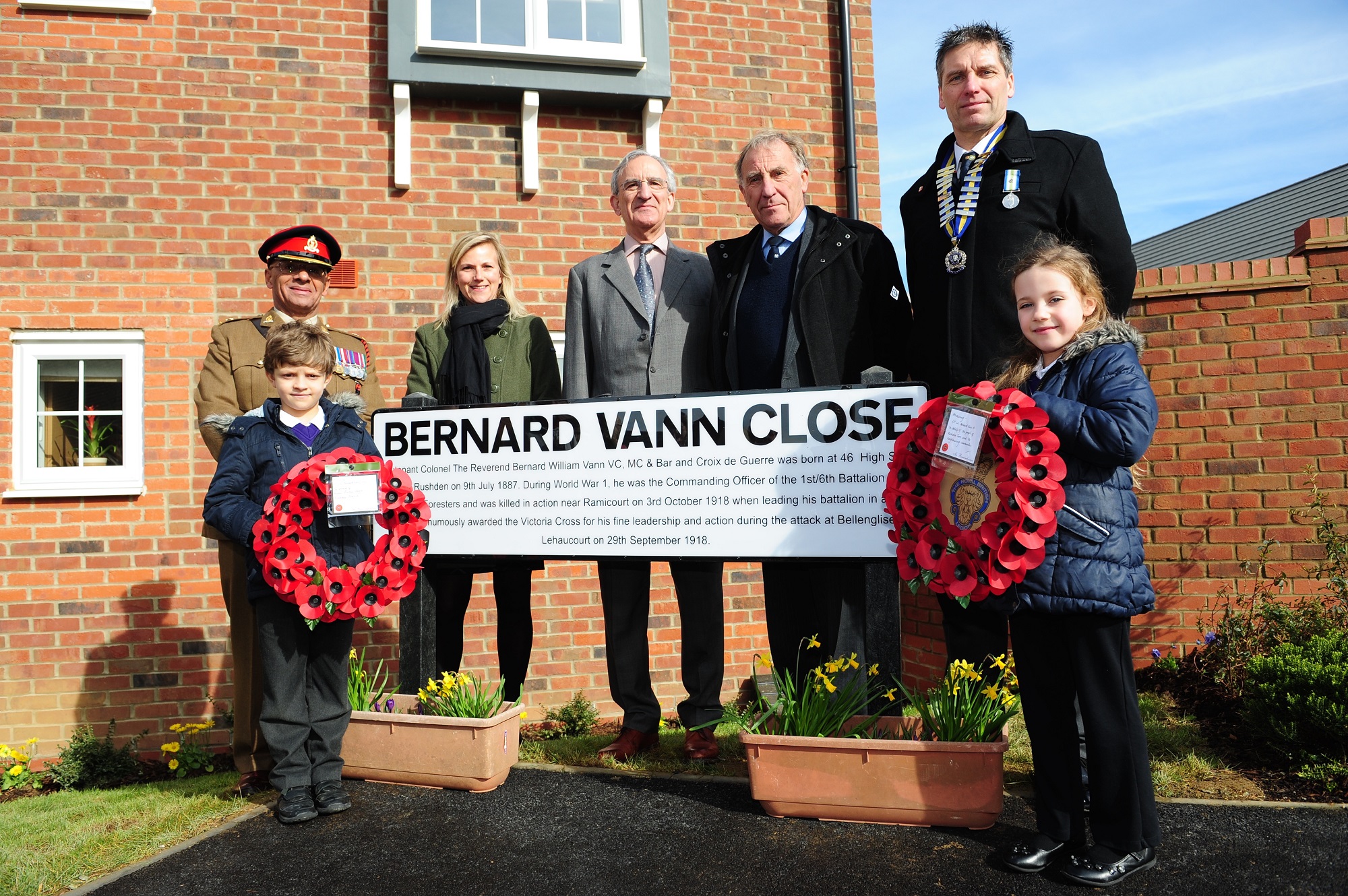 For our housebuilder clients who are frequently responsible for creating new urban areas, a great opportunity for local PR and good will within a community is street naming. The PR team recently worked with client Barratt Homes Northampton to arrange an event to unveil a new road in Northamptonshire named after a First World War hero.

Lt Col Bernard Vann VC was honoured in Rushden at the official unveiling of a new street bearing his name at Barratt Homes’ Lancaster Manor development.

A ceremony was held at Bernard Vann Close to commemorate the Rushden-born soldier, who was posthumously awarded the Victoria Cross for his fine leadership during an enemy attack in 1918.

Lt Col Vann also received the Military Cross and Bar and the Croix de Guerre for his bravery during his time in the armed forces.